Week 5 through 7 Photo's and Living with Bipolar update

It is good to be back to the blog.  It has been an interesting 3 weeks.  A little over two weeks ago, Ginger was starting to learn a new task.  For people with bipolar this can be traumatic.  It changes their structure, things that were comfortable become uncomfortable.  It becomes a juggling act of where to fit this new task into the structure and that can be hard.  I have walked with Ginger through learning new tasks before so I knew what to expect, in fact I rate them.  This particular one was the second to third worst.  It would take a lot to top the first one, this one wasn't close.  If you support someone who has a mental disorder it is imperative, no a necessity that you learn their disorder, learn them and how they react to life, and begin a trial and error process of what works and doesn't in helping them.  I am very passionate about that.  You have to take care of yourself as well.  I actually stopped drinking soda's (Do you know how much sugar is in a coke?!?  And the diet substitutes give me major headeaches), though I drink a lot of unsweet tea now!  That and I have been listening to a lot of Shinedown!   So two weeks ago I was spending time with Ginger, trying to keep her calm during this process.  So fast forward to this Tuesday, Ginger was wanting a new job to escape, and at the bottom.  She'd been rapid cycling last weekend, but she made the comment that she wasn't looking for another job unless God put it in her lap.  That got tested.  She saw her therapist on Tuesday, did not get the answers she wanted, and was depressed.  Usually I go to my group on Tuesday but I stayed home and we talked.  As with every other new task there is a moment of breakthrough.  Tuesday night she finally admitted that God was telling her no to a new job right now.  And then the tears.  The good tears.  The light at the end of the tunnel could be seen.  And then the steady improvement for the rest of the week.  Wednesday was good, Thursday harder, but the hope was there.  And a little bit of hypo mania, but after the past couple of weeks, I can take a little bit of talkitiveness (Yes, I made that word up)!   Been a really good weekend and a good Sunday that I can catch up on some photo editing.  Yep, been taking photographs through this process with Ginger.  And the weekends have been productive with honey do projects and a revamped photography studio.  Hanging up some of my artwork and getting lots of good ideas in my head for some photo composites.

It has been a couple of weeks since I have been to Rebecca's ranch.  The last time I was out I took these pictures.

Now this picture will not win me any awards.  In fact the guys at work were like, why are you taking a picture of that?  It is an artist thing.  We had been working in these apartments that were about 40 years old.  New owners wanting to make the apartments look good.  This picture is a snap shot.  The fogger explains itself.  The build up of dry wall dust shows all the work.  It being on the carpet tells you the carpet is getting replaced.  Even the state of the patio door behind the fogger tells you the state of things.  It reminded me of my last job, it was a good reminder of my beginnings.

Now this picture is something special to me.  This is in my studio.  The picture that was published is up and finally I have put up one of my favorite moon pictures.  Each of the things on that shelf have a special meaning, including the Warning sign!  I love color changing lights, so I mounted a light above the moon picture and to the side on the shelf that I can change the colors on.  I have LED lights up lining the shelves that I can change the colors.  So I can change them with my mood!  And now I can come in here and get inspired.  More detail comes out of the moon shot depending on the color of light, that is cool to me!   And I got a new edition to put in there, but more on that later.... 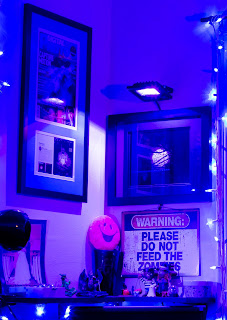 We are not working in the apartments now.  We are renovating an old house's flooring.  Flooring as old as what is in Ginger and I's apartment!  I love old antiques.  I found this in the house: 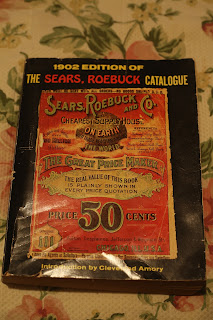 Pretty cool seeing a 1902 edition of Sears catalog!  And this bike was in the backyard. 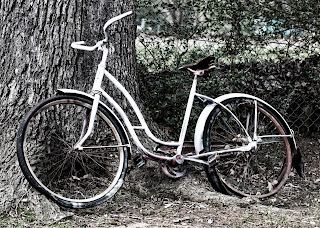 Now the next picture is out front at a school.  Loved the contrast and thought it would make a good black and white. 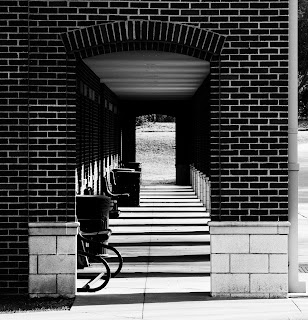 And then there is what Native Americans would call the full moon in February, the Snow Moon or Hunger Moon.  This is just before the night of the full moon.  Put this one up so I could show the detail on the bottom of the pic. 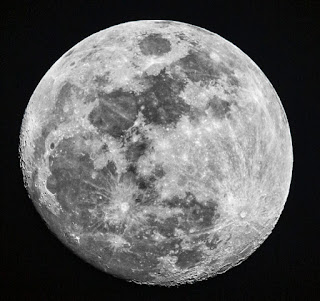 I did find my new lens creeping down when fully extended just because it becomes unbalanced.  You cannot tell unless you are in Live View and Magnified x10.  So next piece of equipment, a Gimbal Head.  Good thing my birthday is coming up!

So I got a surprise this week.  In one of my recent posts I posted a picture of a violin and how I loved violins.  I got a text from my Dad a couple of weeks later asking if I wanted my Mom's great grandfather's violin.  It was in rough shape, not worth much but I could have it.  Of course I did!  Well, this week I received it and to me, it was beautiful, and priceless.  I have some plans on photographs with it so no photographs yet, I have learned patience in letting ideas cultivate.  It is not rough to me, it is weathered and I could not be prouder to have it!  So now I have to build a shadow box for it and place it in my studio!

Thank you everyone for your prayers and support.  I will try not to wait 3 weeks to the next post!