So I was able to have Friday off so I have a three day weekend.  I was able to get the things I needed to get done for the weekend yesterday (i.e. honey-do's).  Ginger came home from exercise, cutting it off early because she didn't feel good.  Sure enough, she had a 24 hour stomach bug, so off to Walmart for chicken noodle soup, popsicles, and gatorade.  As of this afternoon she is doing much better (she has done good by stopping and just resting and letting her body recover) and is actually making requests to where we go for date night tonight!

With the spare time I've had, I decided to play with my camera.  Well, camera, lens, remote releases, flash triggers, reflectors, and lots of props!  My studio, which I've always kept really neat, well, the aftermath of my photo shoot looked like this: 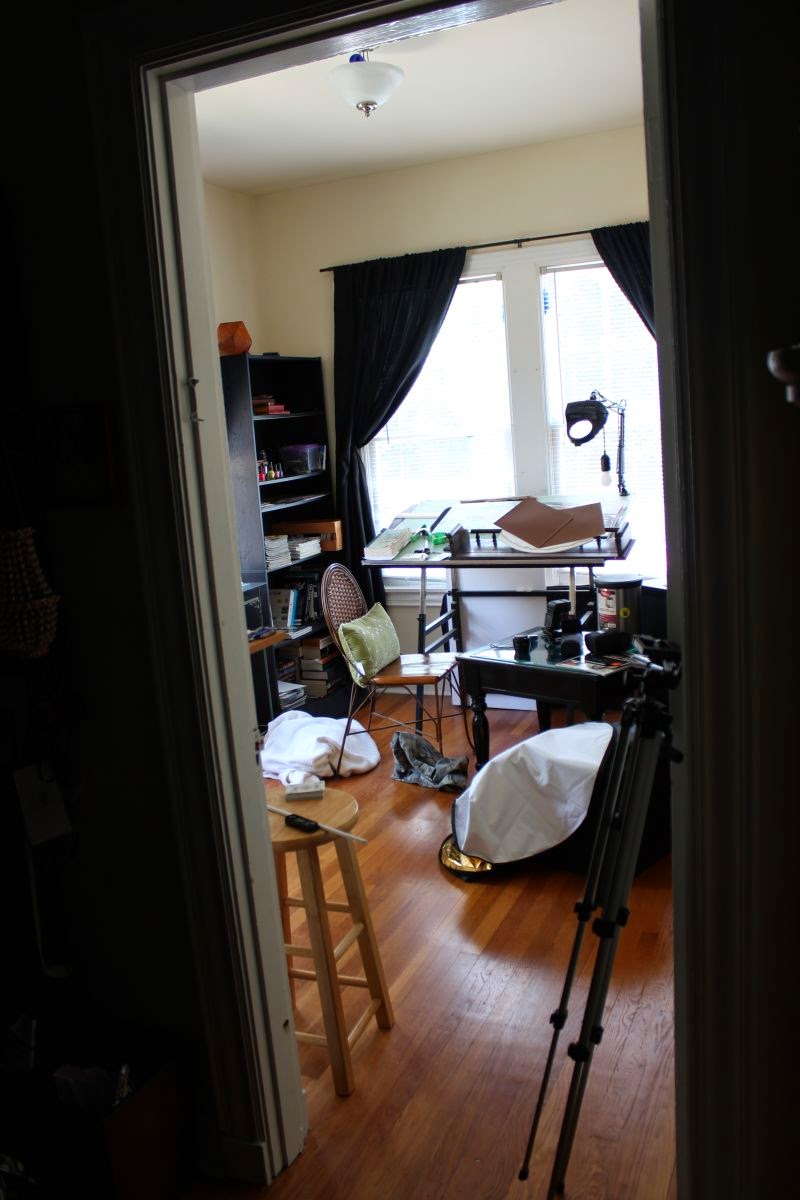 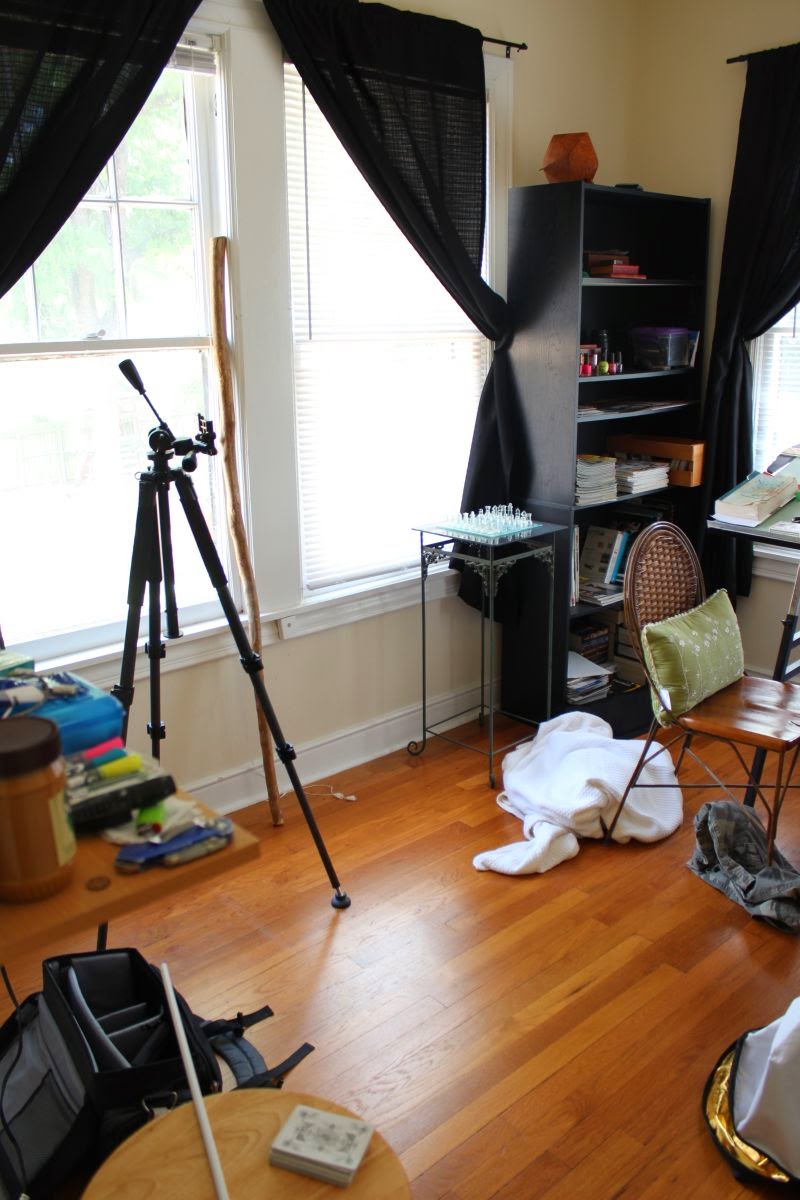 It is going to be relatively easy to clean up (on the list after I write this blog).  I've been playing with levitation photography and decided I wanted to increase the difficulty by adding props that were levitating as well.  My first attempt was with cards, and I tried a shot in our living room and then the studio. Then I looked over at my chess set and thought, I wonder if I could use that....Kind of a wizardly photo.  In all I took over 200 shots to get the three pictures you see below.  The funny thing is I lose all track of time when I get behind the camera.  Seriously, 4 hours later I'm wondering where the time went (and that doesn't include editing!). 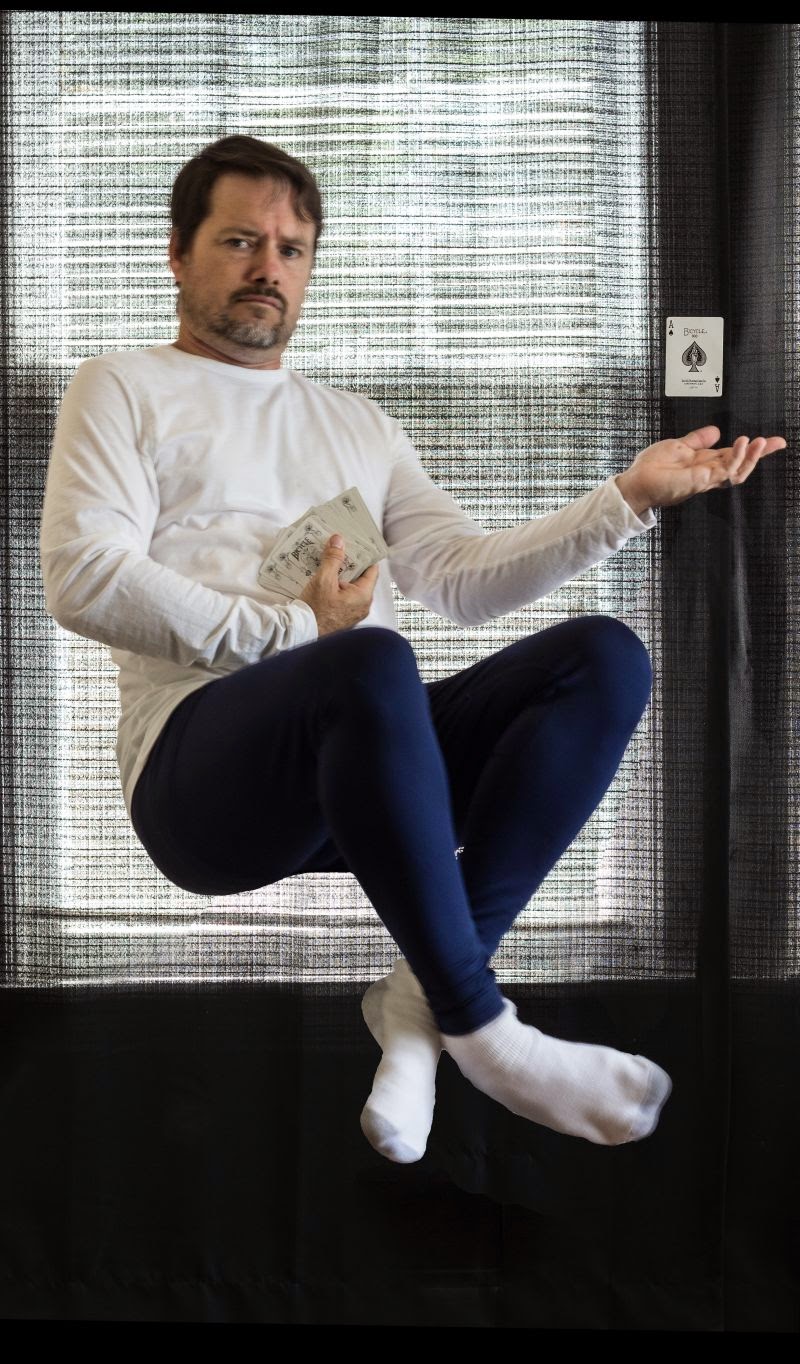 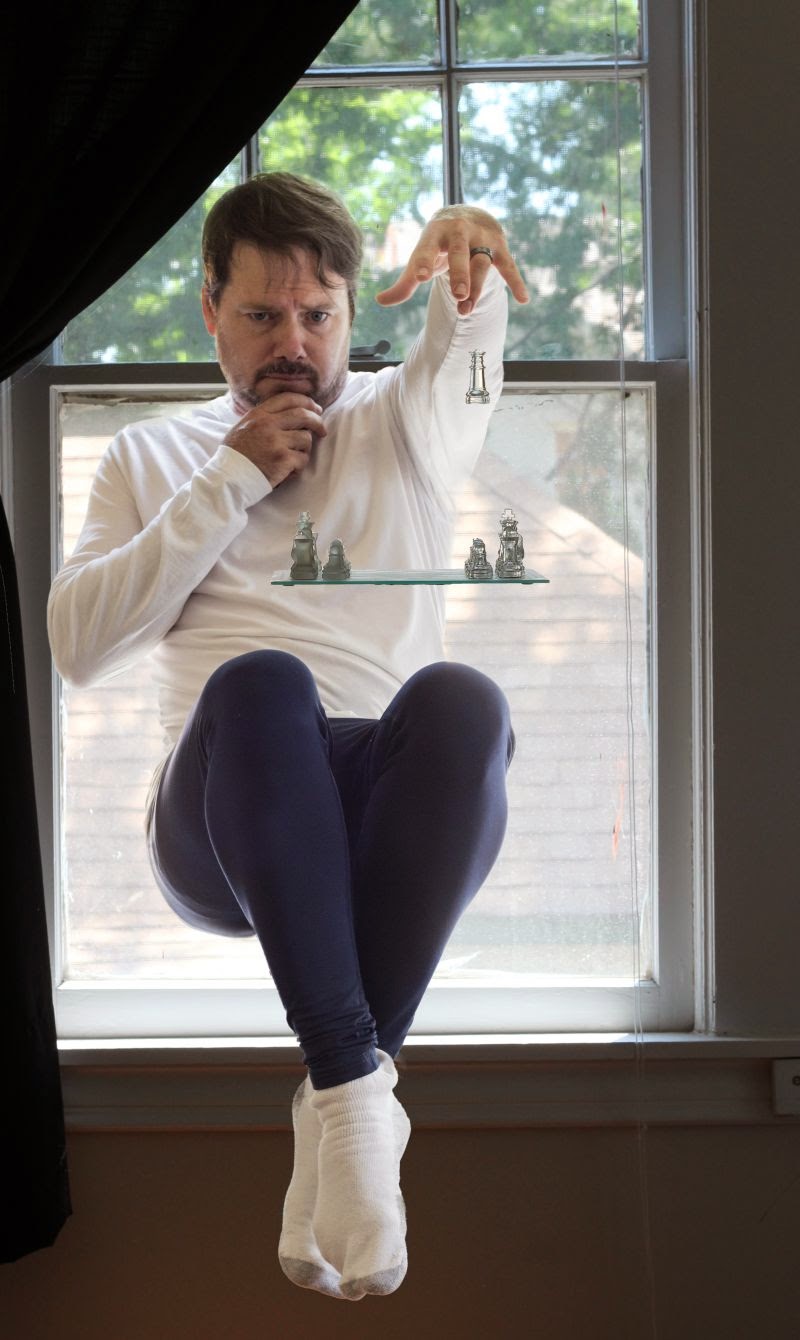 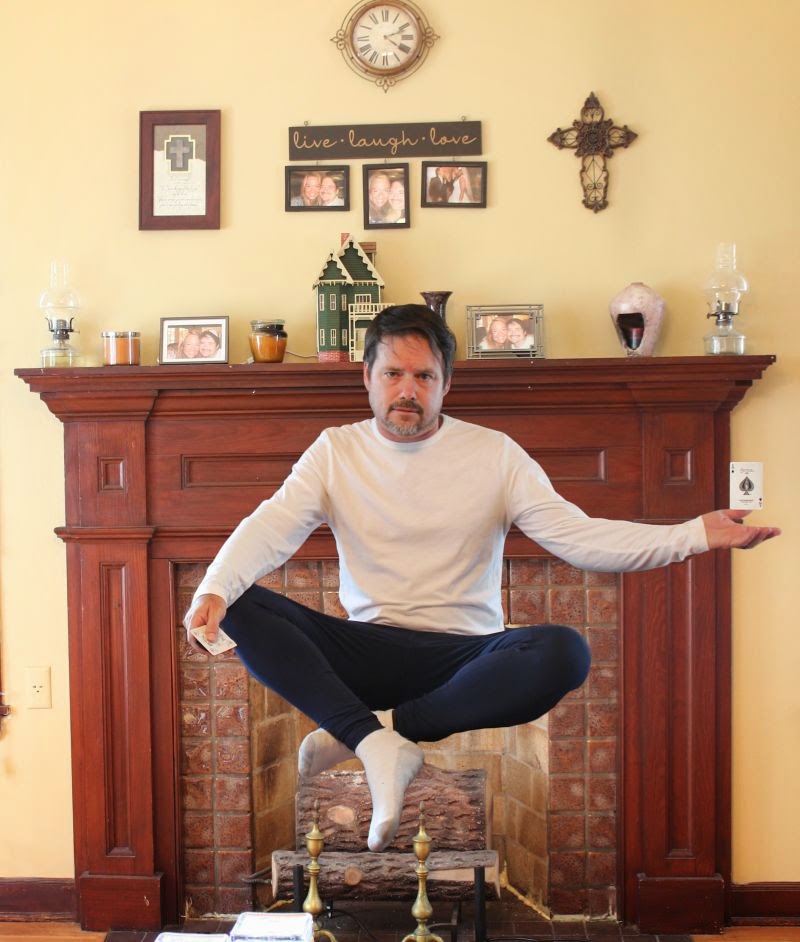 Thursday Morning as I was getting gas before driving to work I noticed the sky and had to take a picture of what was coming to Tyler.  I thought it would follow me to Longview, but I believe it went more south than east and missed my work entirely. 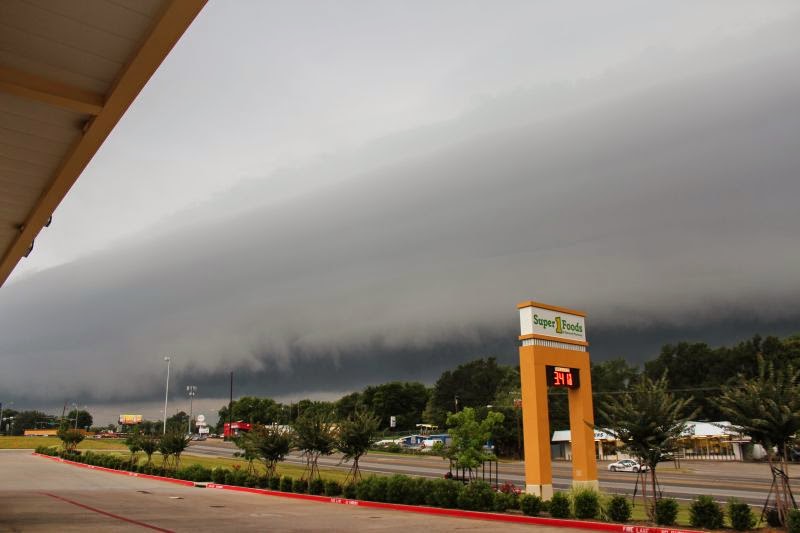 And seems another bug decided to come hangout outside the apartment.  So I gave it a cameo and took a shot.   (Can you tell I like bugs?). 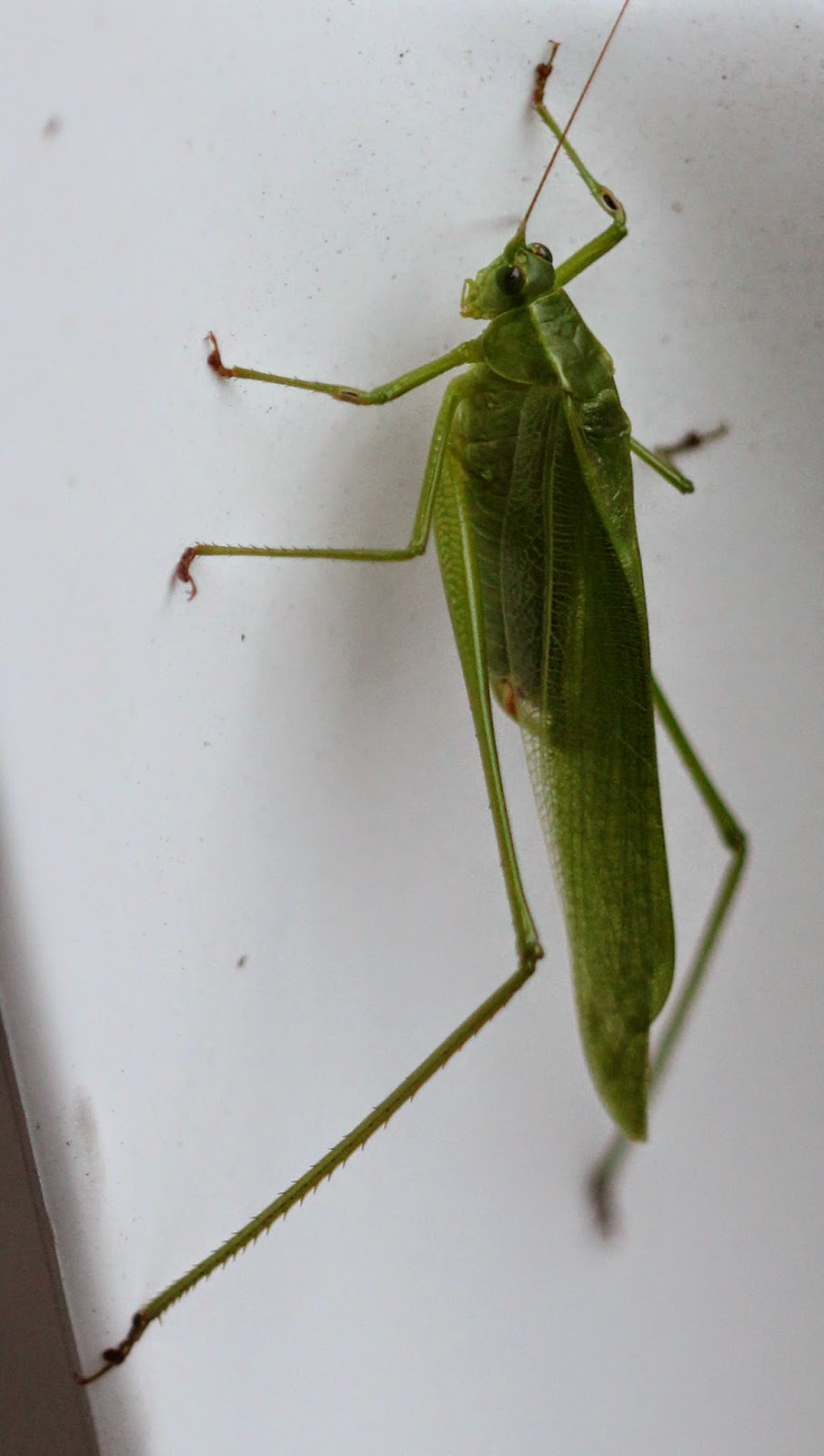 Speaking of which I killed a wasp a while back in the apartment (I'm the official wasp in the house killer).  But we could never find the body.  Well, Ginger, who was looking at our top shelf spied something and sure enough, there was the body.  I thought it was cool, Ginger not so much, but I decided to take a picture of it anyway! 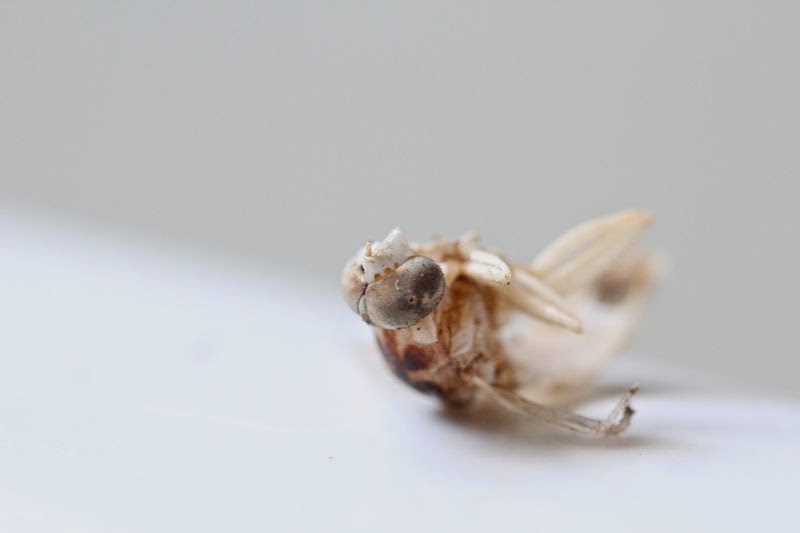 Guys like me think that stuff like that is cool.  Of course this is coming from the man who is reading a book with short stories about Halloween.

This week is the week, hopefully, when the new company finally takes over the apartment complex and we sign our new hire paperwork.  The day has been pushed back to Thursday, so hopefully that is the day that everything is finalized.  I shall update as I get news, thank you for all who have been praying.

So I need to go clean up my room and get ready for date night.  Ginger is feeling better, so date night is on!  God is good!