Bipolar Adventures and A Buggy Portrait

What a month since I last posted!  It has been full of twists and turns, ups and downs, and finally has settled down into some normalcy.  So to start off this blog thought I'd show a milestone that my car, of all things, has accomplished! 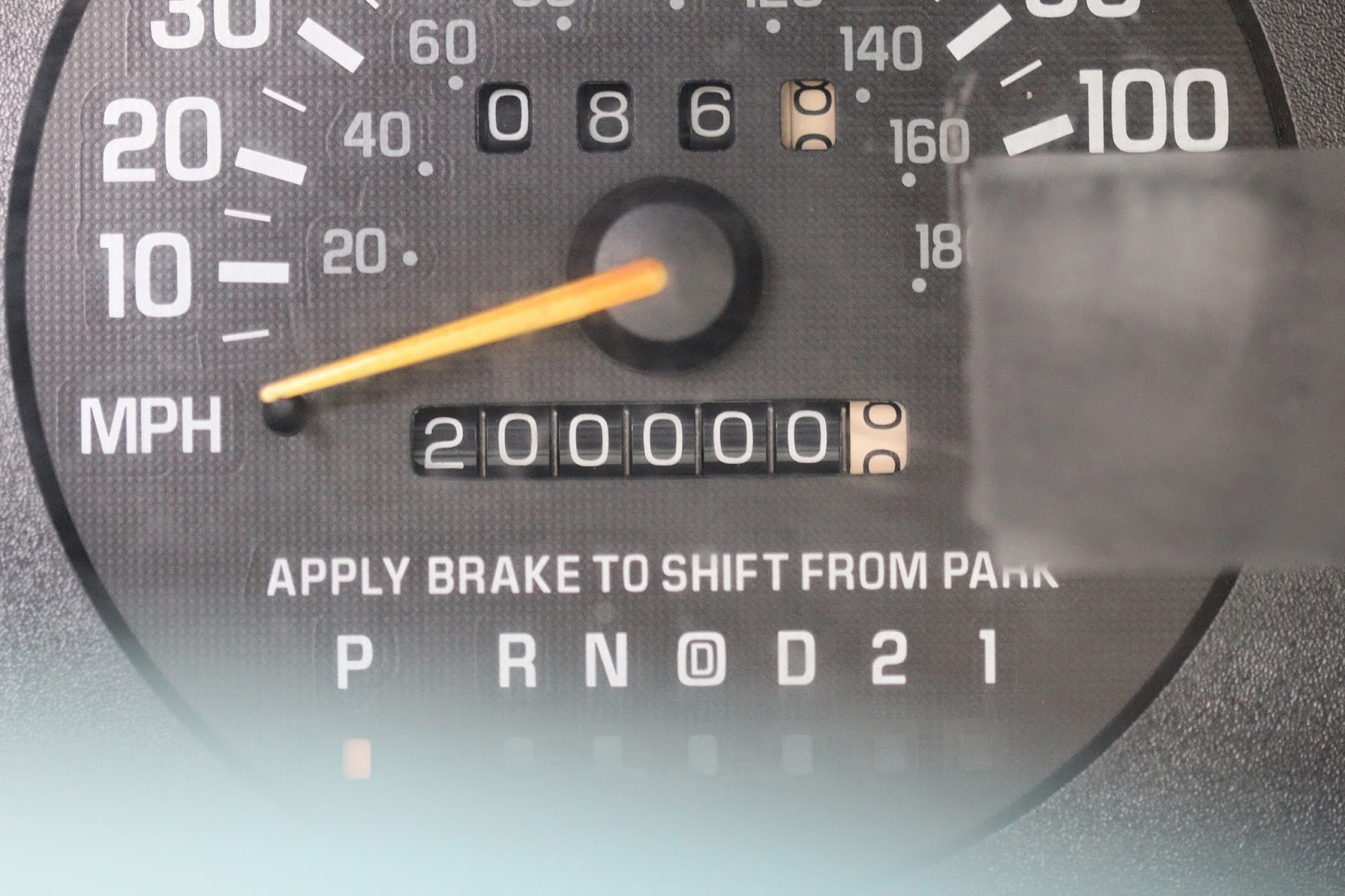 Yep, my car has made it to the 200,000 mile mark!  Something to be said for changing the oil every 2500 to 3000 miles, keeping water in it and such!  Have to take it to the mechanic about once a year for one thing or another, which suits me just fine!

So we had a little visitor on our stair case this morning.  Hadn't seen this particular insect, so I grabbed my camera and came back and it was still there!  So I took a shot:


On the job front, this last week I got an offer email letter from the new company who is taking over the apartment complex I work at!  I won't feel completely comfortable till I sign the new hire paperwork, but getting the offer has been a huge relief.  Of course, I had to take a drug test this week as well to which I passed with flying colors.  Now just waiting for the official takeover date so then I start with the new company.

The biggest thing, however, that we've been dealing with is Ginger's Bipolar.  We had somewhat of a perfect storm happen that took Ginger's relative stability and shook it up a bit.  The biggest problem was a drug called Anafranil.  It is used to combat OCD, and Ginger was taking 2 pills at night and decided to go up to three (her doctor approved it).  Well, Ginger began suffering with more extreme mood swings, incredible highs and lows.  Most would not notice, Ginger hides it well, and we even went and visited my parents during this time in Fort Worth.  At the time of that visit we did not know it was Anafranil (I suspected) until the next week when we went for a doctor visit.

There are no instant results, however, and so we began decreasing the amount of the medicine until finally, after a week, we quit it all together.  And even though the OCD came back, it was welcomed compared to the ups and downs Ginger was suffering from.  Having dealt with that issue, we had one more to deal with that, until last night, was a mystery.

Ginger was getting off work, going to exercise, and would actually get depressed while exercising.  It made no sense because it would usually boost her mood.  Having researched it, asking her doctor even, we concluded it may be a deficiency of some kind, protein, or such.  She had almonds the next day and that seemed to help but the next day, Friday, she was just as depressed.  It was perplexing.  But I've had over 7 years of analyzing Ginger's mood and bipolar, so I have a lot of data at my disposal.  Even more than the data, God gives me guidance and wisdom.  A couple of months ago, Zumba was cancelled at the gym Ginger went too.  It was quite a change because the Zumba girls were like a family.  The instructor, a good friend of Ginger's, went to another gym to teach, but Ginger had a contract with the previous gym.

After a few well placed questions, I realized what the problem was.  Every time she walked into this gym, the old memories of Zumba would come, the classroom, and the lack of her "Zumba family" being there.  You watch everyone getting along and you feel like the outsider.  And Ginger had left a gym like that to go to Zumba at this gym.

So what is a hubby to do.  Surprise your wife, that is what you do!  This morning I asked my lovely wife if she wanted to go to IHOP for breakfast.  A big yes on that one!  Oh but the surprises were not done.  We ate a wonderful breakfast and then went to go home, but first a little detour....Down the street to her old gym.  She asked, "Looks like we are going to KH", kidding, or so she thought until I said, actually we are.  We promptly walked in and Ginger was greeted like she had never left by the owner, a couple of trainers, and even some customers.  This is what a gym should feel like.  And after we left, Ginger was signed up at this gym and her mood was soaring.  And I took the 24 hour access tag off her key ring and said, you don't have to go there anymore.

Atmosphere, for someone who is bipolar, is big.  Feeling comfortable, feeling wanted, feeling like you belong.  And now, thankfully, it looks as if things have evened out.  Time will tell, but as we continue to get the medication right and keep communicating, this bump in the road becomes a thing of the past.  The thing about Ginger's bipolar is, when she enters another state, in other words right now she is back in a good, stable state, she "forgets" the previous state.  So she doesn't remember the bad time she went through.  Me, I remember so that I know how to help her if it happens again.  Each bipolar episode has given me that much more information to help my wife.  But it is not that I am all wise, have some kind of magic formula or anything, I have God, who knows everything, and gives me information and wisdom to help my wife.  You may not believe in God, or share my same belief, but for me, I just happen to know that God whispers in my ear and says, do this, say that, and miraculously it helps.  Just sayin....